The final recordings are normalized allowing the tracks to play at the highest possible volume without the occurrence of clipping.  DC Offset is addressed if it exists.  And finally all of the tracks are adjusted so they play at the same relative decibel level across the album. The result is tracks that maintain the dynamics of the performance (perceived increases and decreases in loudness) without requiring the listener to continually raise or lower the volume during playback.

As part of the mastering process Straw Hat Studios will perform a technical review of the WAV files provided to us.  This review will look for clipping, drop outs, pops, hiss and other sonic artifacts that will effect the overall quality of the playback and possibly become more noticeable or not be able to be addressed in the final mastered version of the recordings.  If any are noted we will provide you with a report and suggestions on where and how to correct these in your mix.

This is an add on service Straw Hat Studios provides and can be used separately or as part of a complete mastering package.  This is intended as a "fresh set of ears" feed back on the mixes you've produced.  We will listen to your tracks objectively with the style you have specified in mind and provide our suggestions, if any, on adjustments we believe would enhance the mix.  Evaluations and suggestions range from use of EQ and effects to levels of various channels (vocal and instruments) in the mix.

Straw Hat Studios will return the final Mastered Stereo WAV files you can send off to duplication or use to generate MP3 or other downloadable formats.

If  you chose our Full Mix service chances are we will produce Stems during the mixing process.  As an add on option you can request the Stem mixes for your future use.

​These are typically Instrumental and backing vocal only tracks for use in broadcast TV and Radio or for live performances.

Radio and other mediums including television often impose limits on the length of a song they will play. We can suggest or provide samples of runtime reductions for various songs and apply them appropriately.

​​Addresses potentially offensive language for broadcast as determined by FCC guidelines. If you choose one of our Broadcast Ready services as part of your project we will mute the Vocal portions of the mix within the Broadcast Ready masters where potentially offensive language is present.​ We can only do so with Full and Stem mixes where we have separate Vocal tracks to work with.​ We will listen for any occurrences and address them but we also request you make us aware of any occurrences and the timing (number of seconds into the runtime) at which they occur in each recording.

Making sure all of the recordings in an album play cleanly, at the same volume and at the highest fidelity.  This is achieved through the application of various filters, compression, stereo expansion, EQ and other effects to enhance the overall sonic response of the recordings. 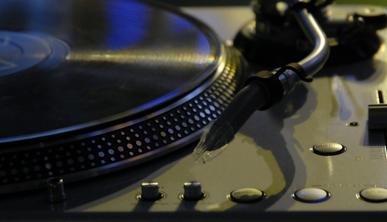